Late March and early April is normally one of the best moments to look for Crakes in Catalonia. Despite the migratory movements of all three species ocurring in the country (Spotted Crake, Little Crake and Baillon’s Crake) start along February and stretches well inside May, the last days of March and early April concentrates a good number of them.

This 2019 sightings of Crakes in Catalonia were low. Spring migration was rather late for some species and it looked like it was so for all Porzanas. Until the very last days of March there were only a handful of sights, mostly concentrated in typical areas for these species. 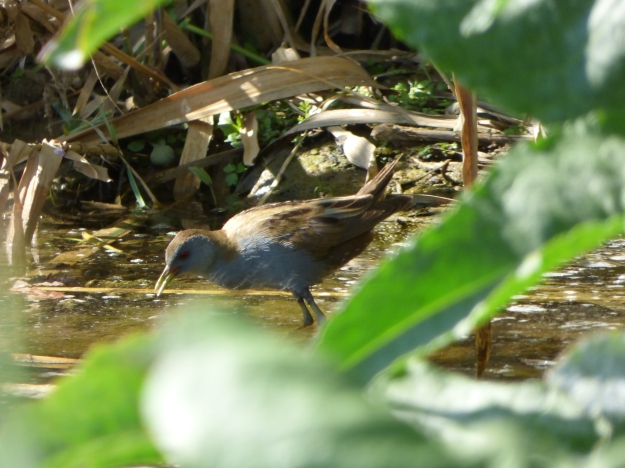 Little Crake (Porzana parva) male at Riu Besòs, Barcelona. The bird stayed some days in the same location. Seen during our tour on 29th March. Image by Carles Oliver

But this was to change fast as from March 28th there were reports some Little & Spotted Crakes (Porzana porzana) in diferent coastal wetlands along Catalan coastline. On March 30th-31st the increase on sights was huge, with several Spotteds reported in diferent areas, even in small ponds and other unusual locations. On March 31st up to 4 diferent Baillon’s Crake (Porzana pusilla) were seen in diferent locations (Aiguamolls de l’Empordà, Aiguamolls de Pals, Riu Besòs & Pantà del Foix). All birds out of one “joined” by Little or Spotted Crakes in the same spot.

This abrupt influx could be explained by a change in the weather conditions. A low press System was affecting SW Europe and combined with Eastern winds in the Mediterranean. Enough explanation? Probably not…

On 31st March we were leading a trip to Aiguamolls and enjoyed 4 Little Crakes (Porzana parva), 2 Spotted Crakes and 1 Baillon’s Crake only in two spots, 200 metres away from each other!

Please enjoy this small selection of images from these days. Several local birdwatchers have enjoy them. Today, 4th April, there were still 2 Baillon’s & several Spotteds around! 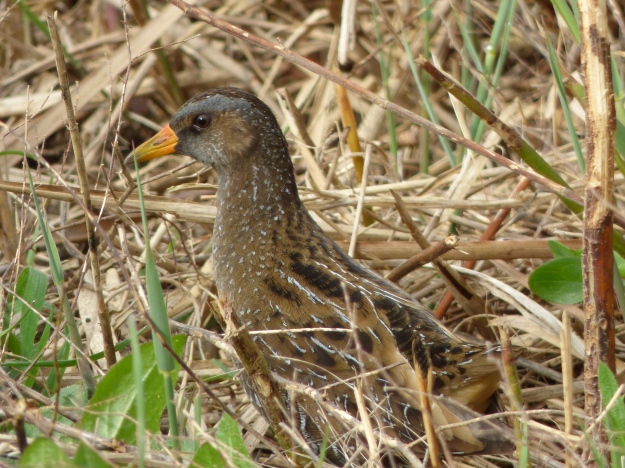 One of the 2 obliging Spotted Crakes (Porzana porzana) seen in Aiguamolls de l’Empordà during our tour. Image by Carles Oliver

The spots can be really efficient to make Spotted Crakes disappear in the riparian vegetation. Image by Carles Oliver

One of the Baillon’s Crake (Porzana pusilla) in Catalonia during early April 2019. This one proved to be really cooperative at Riu Besòs. Images by Carles Oliver 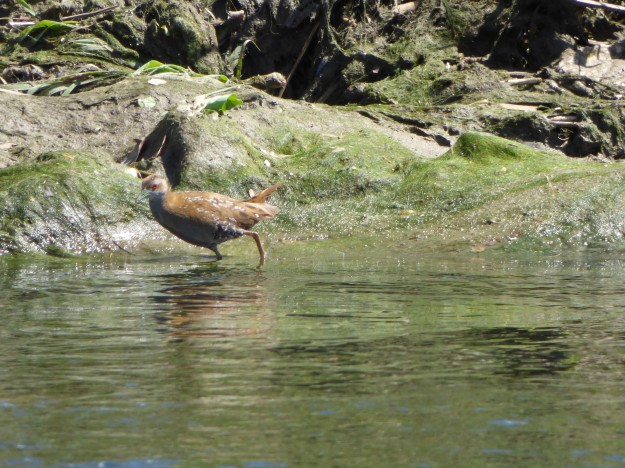 Here a nice comparative of Baillon’s (above) versus Little Crake (below). Differences on coloration and structure are evident. Images by Carles Oliver